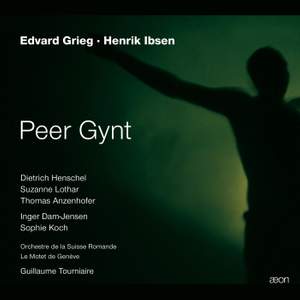 Everyone can whistle the tunes from Grieg's Peer Gynt but does everyone know that these irresistible melodies come from music written specially for the first preformance of Ibsen's play? Whereas most recordings feature only suites from the incidental music, the present set enables you to hear the score unabridged, in a recreation of its theatrical context. Text and the music thus combine to form fascinating imaginary tableaux, a true invitation to follow in the footsteps of Peer the storyteller (or inveterate liar), from Norwegian villages as far as Egypt and back again...By way of the kingdom of the trolls!