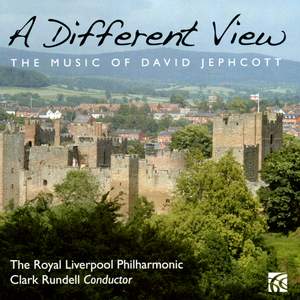 The Music of David Jephcott

I. The Discovery of the Tomb

David Jephcott began composing music as an antidote to the stresses of his commercial and academic life in the 1990s. He is entirely self taught as both pianist and composer and uses modern music technology to produce beautiful melodies. He then collaborates with a hand picked team of skilled arrangers to produce the finished work as heard on this album.

A Fellow of the RSA, David’s primary field of expertise was technology and he was responsible for one of the most significant technological developments of the last century, the bead drive. This invention is currently being adapted for various industrial scenarios through the commercial world. David’s music has been appreciated by audiences at performances throughout his native UK and further afield and his natural flair for producing unforgettable melodies is frequently remarked upon by audiences and critics.

A performance at the Edinburgh Fringe in 2004 by pianist Robin Hutt, “Big Chopin and Little Jephcott” in which he interleaved works by the two composers, was well received by both audiences and critics.