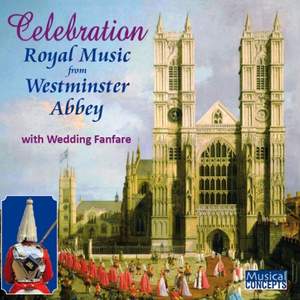 Set me as a seal

Te Deum in B flat

Rejoice in the Lord alway

The Lord's my shepherd (Crimond)

I will lift up mine eyes

Lord, for Thy tender mercy's sake

Thou wilt keep him in perfect peace

Whoso dwelleth under the Defence

All people that on earth do dwell (Old 100th)

Toccata in F (From Organ Symphony No. 5)

The splendour of royal music for grand ceremonies and celebrations.

No English church is more associated with Royal pomp and pageantry than Westminster Abbey. Since 1066, every sovereign save two has been crowned there. Until the relative privacy of Windsor was preferred, most were buried there.

And it has become the favoured venue for members of the Royal family to marry.