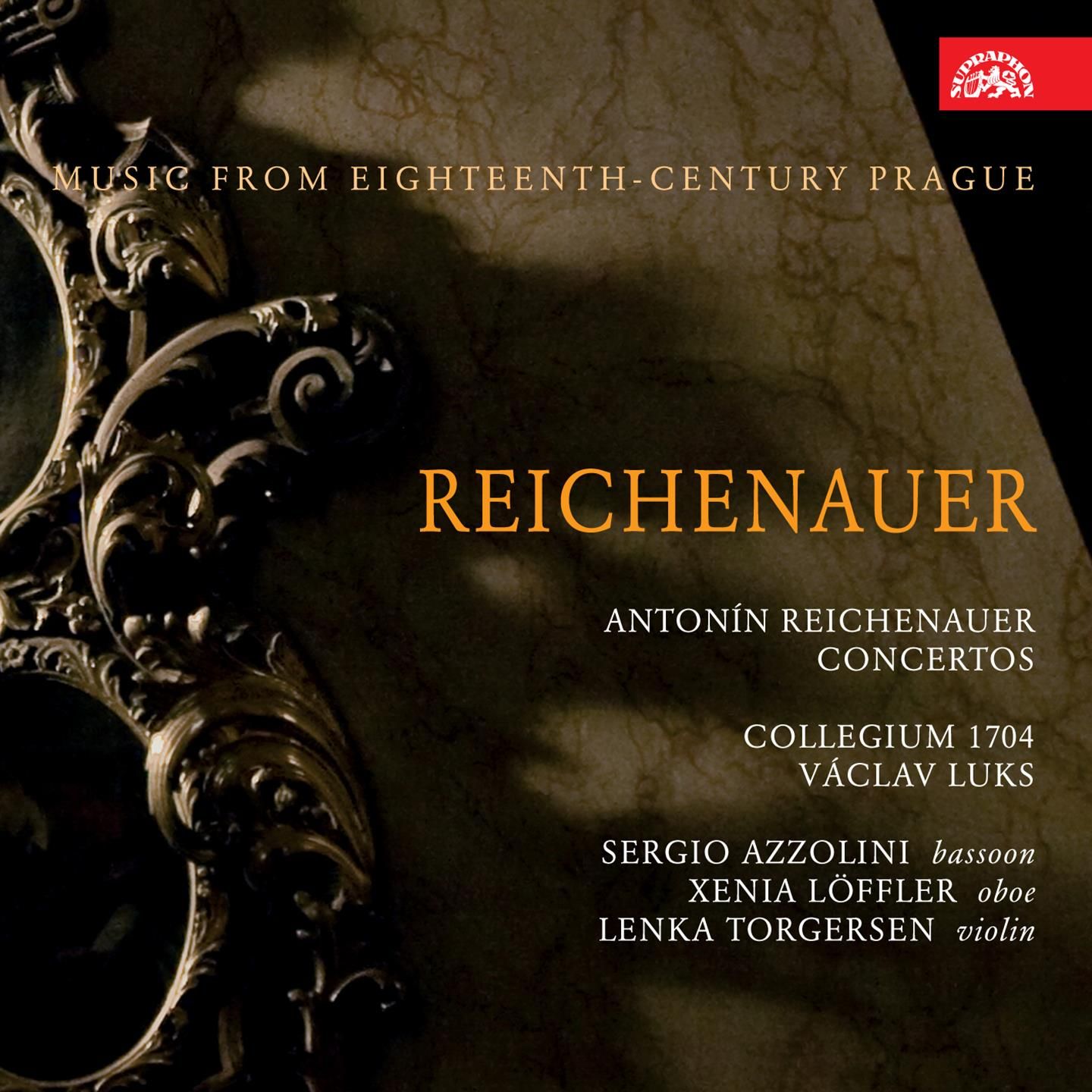 Reichenhauer's was a fluent, likeable, if not specially distinctive talent...All the soloists play with skill and spirit — Gramophone Magazine, September 2011 More…

Concerto In C Major For Bassoon, String And Basso Continuo: I. Allegro

Concerto For Oboe, Bassoon, Strings And Basso Continuo In B Flat Major: I. Allegro

Concerto For Violin, Strings And Basso Continuo In C Minor: I. Allegro

Concerto In G Major For Oboe, String And Basso Continuo: I. Allegro

Concerto For Bassoon, Strings And Basso Continuo In G Minor: I. Allegro

Overture For 2 Oboes, Bassoon, Strings And Basso Continuo And B Flat Major: I. Ouverture

Unlike the copiously preserved sacred music, instrumental works by Czech composers in the Prague of the first third of the 18th century are as scarce as hen’s teeth. The twenty or so instrumental pieces by Antonín Reichenauer are among the most significant.

Reichenauer was a musician in Count Morzin’s chapel, in which he assumed the role of in-house composer after Johann Friedrich Fasch. The ensemble’s superb quality is documented by the Count’s regular contacts with Antonio Vivaldi, whom he engaged as his “maestro di musica in Italia”. Among other pieces, Vivaldi dedicated to Morzin his Opus 8, containing the celebrated The Four Seasons. The rarity of Reichenauer’s virtuoso concertos is emphasised by their being extremely challenging in technical terms, which serves as evidence of the skills of the chapel’s members – even Vivaldi himself lauded them!

Many a contemporary musician would find these concertos extremely difficult. This, however, is certainly not the case of the “wizard” Sergio Azzolini and the other soloists featured on this recording. Together with Collegium 1704, an ensemble that gained renown with albums of Jan Dismas Zelenka’s paramount compositions, they perform Reichenauer’s concertos with a vivacity and energy this music requires.

Reichenhauer's was a fluent, likeable, if not specially distinctive talent...All the soloists play with skill and spirit

The disc opens with the C major Bassoon Concerto. Its astonishingly florid solo line does not daunt the Baroque bassoonist Sergio Azzolini...[his] alert phrasing and sensitivity to his instrument's varied hues are most evident in the soulful Adagios of both concertos...Also impressive is the strikingly sweet-toned Baroque violinist Lenka Torgensen in her concerto, which demands both superior poetic imagination and agility from the soloist.