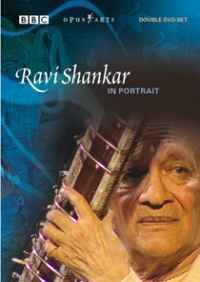 DVD 1 RAVI SHANKAR ‘BETWEEN TWO WORLDS’ - The definitive account of India’s most celebrated musician follows two years of Ravi Shankar’s life - filmed in India and America – against the backdrop of seven decades of innovative collaboration with Western musicians. Archive footage shows concerts with Zakir Hussain and other key performances filmed from the 1930s to the present day.