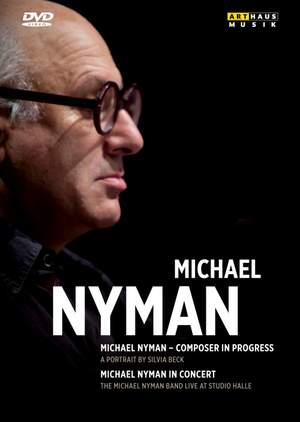 This film is about a very special moment in the famous composer’s artistic life. Composing with innovative minimalism for films as memorable as “The Draughtsman’s Contract”, “The Ogre”, “Man on Wire”, and most famously for Campion’s “The Piano”, he has reached an international audience. But now, Michael Nyman is about to become a filmmaker himself. Featuring unprecedented access to the composer and his working life, this film shows one of the great composers of our time in all his diversity and endless energy. From London to Berlin, in Mexico, Poland, the Netherlands and Portugal this film is also a journey through the musical world today. It shows Michael Nyman, the musician, in his concerts with The Michael Nyman Band and live collaborations with other internationally known musicians or orchestras. But throughout his journeys, this film discovers Nyman’s increasing passion for filming and photography. Witnessing the development of Nyman’s visual works from the very fi rst moment of inspiration, this film gives a unique insight into Michael Nyman’s very personal views, his thoughts and emotions; his world.

The Michael Nyman Band live at Studio Halle Michael Nyman, who is famous for his Oscar nominated film score for Jane Campion’s film “The Piano”, is without doubt one of the great contemporary composers. Fitting the theme of the Handel-Year 2009, Michael Nyman celebrated the German premiere of his newest composition “The Musicologist Scores” in Handel’s hometown Halle. In that piece the composer looks deeply into the subject of Handel’s work. Furthermore, many other of Nyman’s works were performed. All over the world the powerful, energetic playing of The Michael Nyman Band - developed under Nyman‘s leadership over a period of three decades - brings his works to sparkling life and has long since become a characteristic feature of his music.