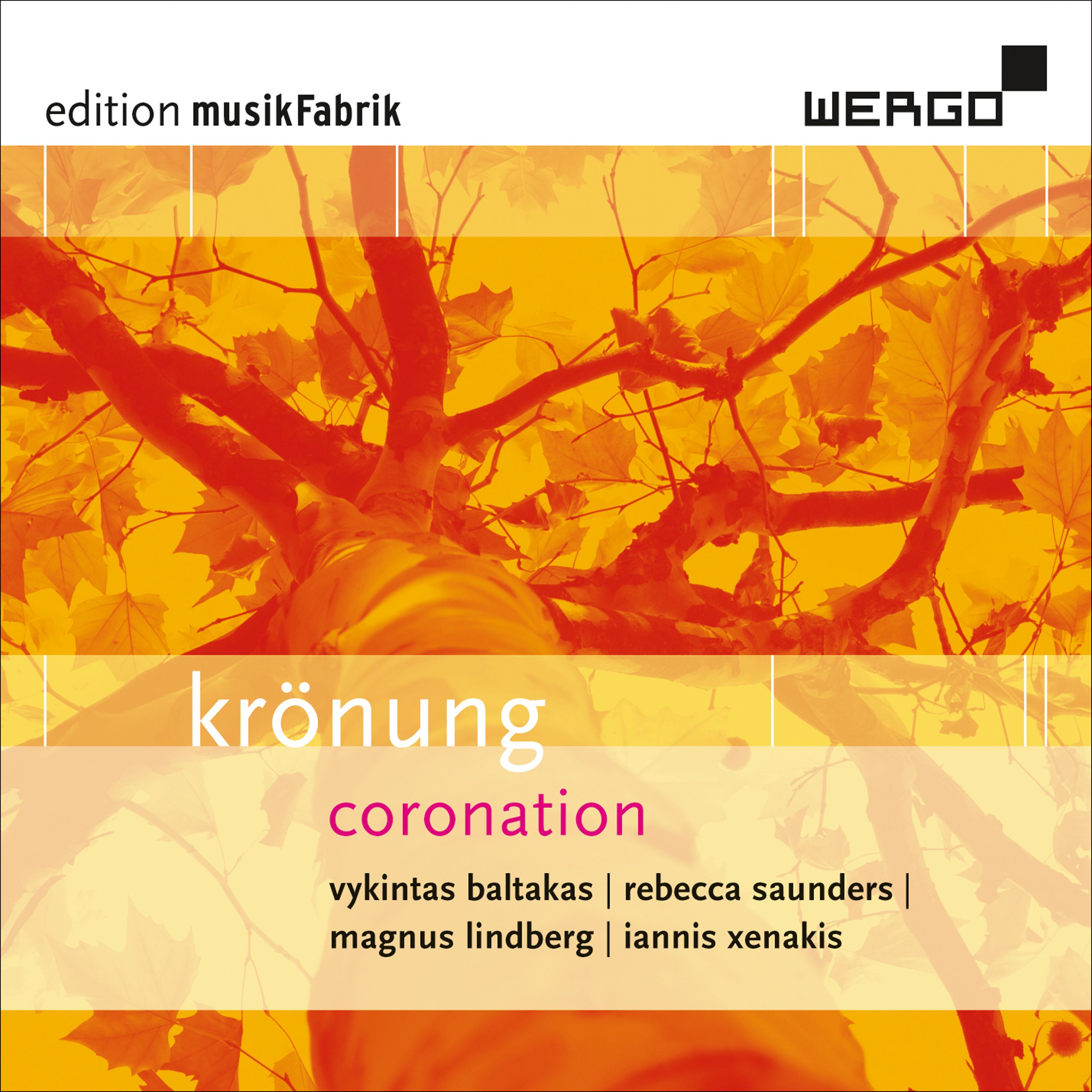 The focus of Coronation is not on blue blood or kingly power but music that sends up shoots and produces blossoms like crowns. "(co)ro(na)", by Vykintas Baltakas, springs from a cascade of motivic branchings, its roots in a cycle of works named after the alchemical Ouroboros, a snake that swallows its own tail. Its ‘dragon’s blood’, so the legends say, is cinnabar red – like the hue that shines in cinnabar by Rebecca Saunders. Magnus Lindberg’s Joy expresses itself through its profligacy with spectral harmonies and the resonant snapping of the strings of a demolished piano. Iannis Xenakis creates archaic dances, refulgent with the brass tones characteristic of so many musical moments: this is the sound that crowns the affair.