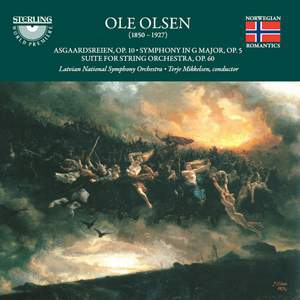 V. Among the Gypsies

At the age of 29, in 1879 Ole Olsen went on his first international tour, conducting his music in Leipzig, Cologne and Paris. The main work on this tour was Op.10 Asgaardsreien (The ride of Asgaard) which was very well received. This encouraged him to extend his travelling for another two years, touring Vienna, and during this time he made useful contacts with Liszt, Brahms and Goldmark. His catalogue includes music for a wide variety of occasions and instrument combinations. His Symphony in G is the only symphony but he composed many songs and cantatas and a number of occasional pieces.