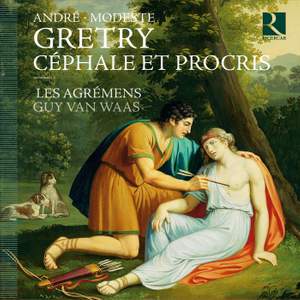 The success of his first opéra comique Le Huron (1769) won André-Modeste Grétry the high esteem and personal friendship of the Dauphine, after which the French court opened its doors to him and several of his works were performed there in succession. Official confirmation of his status came in 1773, when Louis XV and his court commissioned him to write a large-scale work for a special occasion: this was to be Céphale et Procris.