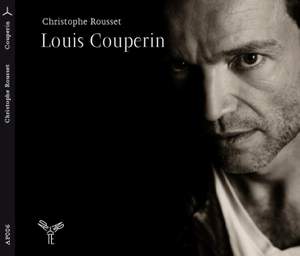 Christophe Rousset is one of the most brilliant harpsichordists of his generation, whose recordings have been hailed by the international press, including those of François Couperin for harmonia mundi. This is the first time he has recorded works by Louis Couperin. He preferred not to record the complete works, as he explains:

“For this recording, we have selected the very finest pieces by Louis Couperin. We ruled out the idea of performing all the pieces - that has already been done by some of our eminent colleagues. We did not want to have three Courantes in succession or a Chaconne and a Passacaille following each other in the same key, nor for the suites to be unnecessarily long, and lacking the coherence and pertinence that the form requires. Although the material available would have enabled us to put together several suites, we decided to present just one suite in F or in A. And generally we have followed the order of Parville rather than of Bauyn. Thus, I believe, the listener will be able to apprehend Louis Couperin at his most expressive, in the richness of his harmonies and rhetoric, and in the subtle contrasts that make him one of the most amazing precursors not only of his nephew François Couperin, le grand, but also of Jean-Baptiste Lully.”

Rousset combines meticulous fingerwork and attention to the music's intricacies with rhetorical gestures, balletic energy and a dramatic flair informed by his long experience directing French Baroque opera and ballet. This is playing of subtlety and refinement that underscores the meditative qualities of Couperin's persona.

Overall, Rousset, without lacking the least gravity and poise, tends to be fleeter and zestier than his competition, surpassing all especially in the excitement of his 'chaconnes' and 'passacailles'. It is clear from this recording that Couperin's particular qualities make him a perfect subject for the fiery, rather showy and yet reflective Rousset. Highly recommended.

His playing has a kind of courtly correctness, more rhythmically precise and less free-spirited than some interpreters of the keyboard music of the French baroque, but with an airy grave of its own. They are beautifully realised discs.

In this often introspective music by Louis Couperin, uncle of the famous François, Rousset's depth of expressivity and rhythmic confidence are as impressive as the brilliance of his articulation...Highlights include the bravura C-minor Gigue, and the sombre Tombeau and Pavane.