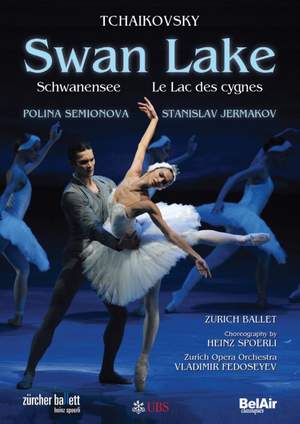 In 2005 it was over 30 years since the Zurich Opera House had seen a performance of probably the world’s best-loved ballet, Tchaikovsky’s Swan Lake. The Zurich Ballet, which has become one of the world’s leading dance ensembles under Heinz Spoerli’s direction, raised this famed work from its slumber with a dream team to tackle this classic anew. Zurich Ballet Director and choreographer Spoerli has long been confirmed as a master storyteller and an imaginative renewer of the genre: with the support of set designer Erich Wonder and costumier Florence von Gerkan he has devised a new and contemporary version of this classic dance tale that has been eagerly awaited by ballet enthusiasts all over the world, in this his third production of Swan Lake. Top Russian conductor Vladimir Fedoseyev ensures an evening of musical excellence, too.

It has just been announced that at the end of the 2011/12 season, Heinz Spoerli is to stand down as Ballet Director and Principal Choreographer at the Opera House in Zurich.