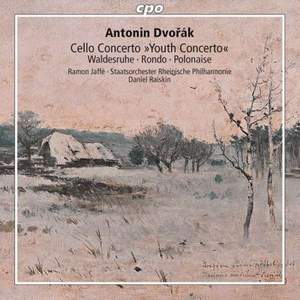 Dvořák: Cello Concerto in A major, B10

Antonin Dvorák’s Cello Concerto Op. 104 is one of his most famous, but what is not so well known is that he also composed a Cello Concerto in A major (without opus number). In this work, as in his first two symphonies, Dvorák adhered to the classical and romantic traditions.

This extremely virtuosic concerto and other works are masterly performed by Ramon Jaffé, once described by Vladimir Ashkenazy as “a cellist of world class”.