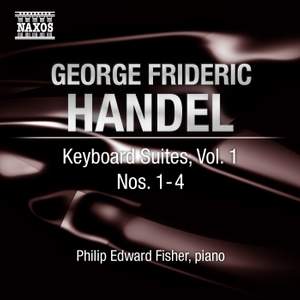 Handel’s keyboard suites may be among his lesser-known works, but the so-called ‘Eight Great Suites’ of 1720 are true masterpieces of the genre.

This volume, containing the first four, showcases his extraordinary versatility, imagination and contrapuntal skill, as well as his willingness to break with tradition.

Handel skilfully weaves together a wide range of forms, including fugues, a toccata, Italianate airs and Baroque dances.