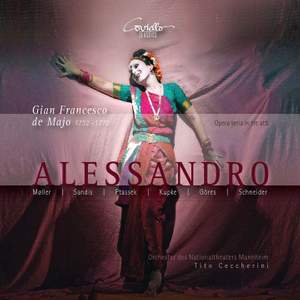 The 1760s were a time of radical change and reorientation for opera and in Europe that meant Italian opera in particular. A brief treatise published in 1755 caused a considerable stir in the opera world by recommending change such as - enhancing the status of drama at the expense of vocal circus numbers, linking the overture to the events on the stage, the list continued! This was the world in which de Majo composed his five operas, with Alessandro being his second. Commissioned in 1766 and receiving its premiere on the 4th November of the same year, it tells the story of Alexander the Great.