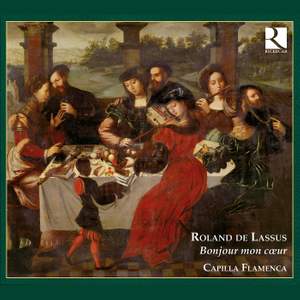 Lassus was not only greatly renowned for his large-scale sacred works, but also for his chansons, madrigals and Lieder. Even though his contemporaries did not hesitate to take their inspiration from the works of the ‘divine Orlando’, he himself also seized upon models that he borrowed from some of the most famous pieces of the time; these included Pierre Sandrin’s chanson Doulce mémoire, which he used as the theme for a Mass. Capilla Flamenca now presents this music in the spirit of an intimate concert given by its singers and instrumentalists, this music that had delighted the most refined ears of the Renaissance.