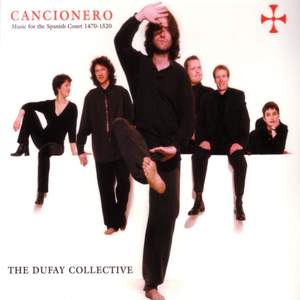 The Dufay Collective is one of the most established and successful early music ensembles in the world. Their extensive international touring has resulted in sell-out performances throughout Europe, the Americas, Australasia and the Middle East. Their award-winning discography has garnered critical acclaim and popular enthusiasm alike. The Dufay Collective has made numerous film, television and radio appearances. Their presentations are informative and innovative, recreating the rich variety of the music of the Middle Ages and Renaissance.

Cancionero, which was nominated for a Grammy Award, explores courtly music from Spain at the end of the 15th century. The romantic villancicos and spicy instrumental numbers count among today’s most compelling and popular styles of early music.