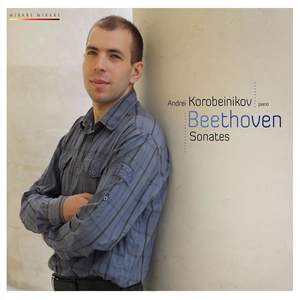 Each of Beethoven's 32 sonatas has its own special character. And, modest though they are in their aims and dimensions, the Bagatelles show the composer at his very greatest. Andrei Korobeinikov, born in Moscow in 1986, has performed in more than 20 countries all over the world and won more than 20 prizes in national and international competitions, among them the Alexander Scriabin International Piano Competition in 2004 and the Rachmaninov Piano Competition in Los Angeles in 2005, where he also received the Audience Prize.

At the age of 19, he graduated from the Moscow Conservatory with an exceptional award as 'best student of the decade'. In 2005 he pursued his studies at the Royal College of Music in London with the aid of a Scholarship. Now regularly invited over the world, he has appeared at Festival International de Piano de La Roque d'Anthéron, the Auditorium du Louvre in Paris, the Wigmore Hall and the Chipping Campden Festival in London, the Gstaad Festival, the Great Hall of the Moscow Conservatory, and the Performing Arts Center in Washington.