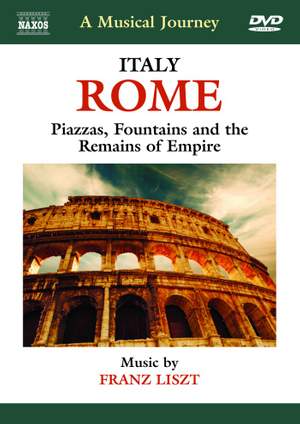 Piazzas, Fountains and the Remains of Empire

Starting from the Pantheon and the Colosseum, our tour takes us to the Forum of Augustus and the Forum of Trajan, the Arch of Constantine and the Capitol, with the later city represented by the Piazza di Spagna, the Trevi Fountain, and the great piazza before St Peter's in Vatican City.

The music chosen for this tour of Rome is by Franz Liszt, who divided the last 25 years of his life between Rome, Hungary and Weimar, after an early career as a travelling virtuoso, one of the greatest pianists of his time, and a period settled in Weimar as Director of Music Extraordinary to the Grand Duchy. In Rome he took minor orders and developed further his interest in the music of the Church.