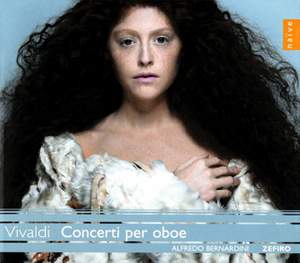 Three of the concertos on this CD [RV 455, 463, 453] were originally recorded in 1994 for the label Astrée. Their interpretation has remained exemplary and they are as exhilarating today as they were when first heard. For this reason these have been included in the Vivaldi Edition along with four newly recorded oboe concertos. Alfredo Bernardini has taken part in some 100 recordings. Among these is an earlier album featuring Vivaldi oboe concertos which received a Cannes Classical Award in 1995. In 1999 he made a documentary on Vivaldi with Zefiro for Belgian television. Accompanying Bernardini is Zefiro, his versatile ensemble specialising in 18th-century repertoire that gives particular prominence to wind instruments.