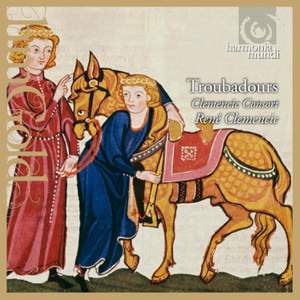 During the second half of the 12th century there grew up in the south of France a new style of secular song: that of the troubadours - trobadors, literally 'finders, inventors' of poems and melodies. Singing of love or politics, strict morality or licentiousness, they were an inspiration to Spanish and Italian musicians as wells as the French trouvères and the German minnesingers.

This CD was released for the first time in 1977.