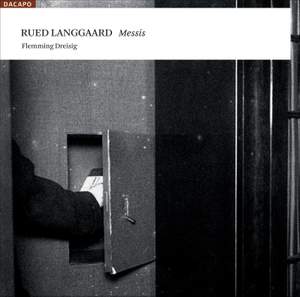 No. 2. I Dodsriget (In the Kingdom of Death)

In the 1930s the Late Romantic outsider Rued Langgaard concentrated on a single composition: Messis, a visionary organ drama of the end of the world.

As one of the most expansive works in organ literature it is also a compendium of a vanished Romantic era which goes to the heart of Langgaard’s religious view of art.

In ténebras exteriores (Buried in Hell) from 1947 builds further on Messis, but in this case it is Langgaard’s sarcastic pessimism that predominates.

Flemming Dreisig is the organist at Copenhagen Cathedral. He has held this post, the most prestigious in Denmark for an organist, since 2003.