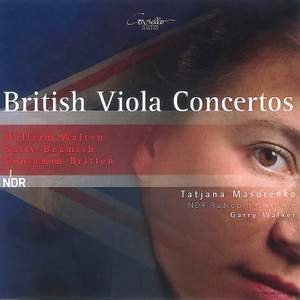 An enticing collection of British works brought together by the Tatjana Masurenko, who besides being on the European concert tour circuit as a guest soloist, is also a professor Viola at the oldest German ‘Hochschule für Musik’ in Leipzig. Garry Walker holds the position of Principal Guest Conductor of the Scottish National Orchestra and Permanent Guest Conductor of the RPO.