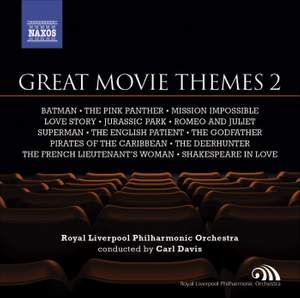 Superman: Can You Read My Mind, "Love Theme"

Badelt: Pirates of the Caribbean, Part I (arr. T. Ricketts)

Music has been central to films from their earliest days (‘silent’ cinema is very much a misnomer) and has been used to underline mood, or stoke or suppress excitement.

Later, film companies saw that they could make more money by releasing recordings of the music, some of which became popular and even developed a life of its own outside the films.

So it is with this selection, which includes a variety of popular themes, block-busters and Oscar-winners.