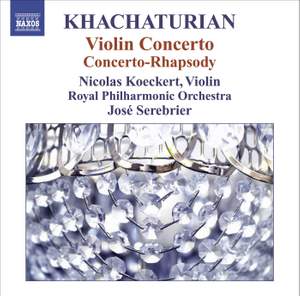 An excellent introduction to a comparative rarity in the composer’s output. — MusicWeb International More…

Both works on this disc brim with the full-blooded lyricism of his much-loved ballet Spartacus, Suites Nos. 1–3 of which are available on 8550801.

An excellent introduction to a comparative rarity in the composer’s output.

It's an immensely attractive work, full of his trademark Armenian folk flourishes, and the swaying, hypnotic Andante is notably beautiful.