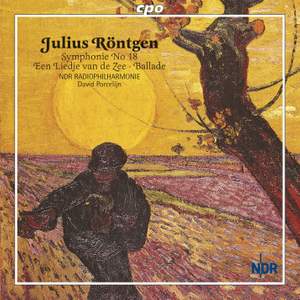 David Porcelijn secures some excellent playing from the NDR Radiophilharmonie, and the recording is absolutely top-notch. — International Record Review

Röntgen: Symphony No. 18 in A major

Julius Röntgen’s Symphony No. 18 ranks not only among the longest and most classical of his some twenty symphonies but also among his most multifaceted such works.

The other compositions featured here also once again reveal to us one of the most highly imaginative and productive Dutch composers of the second half of the nineteenth century.

David Porcelijn secures some excellent playing from the NDR Radiophilharmonie, and the recording is absolutely top-notch.