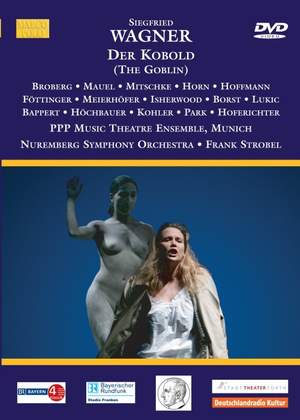 Siegfried Wagner, the son of Richard Wagner and his second wife Cosima, composed seventeen operas in total, expertly written in a late romantic style derived from the influence of Humperdinck. His subjects are generally drawn from medieval German sources, often preoccupied with witchcraft and magic.

Der Kobold (The Goblin), Siegfried Wagner’s third opera, was first staged in 1904. It demonstrates the composer’s preoccupation with the theme of infanticide, coupled with magic and evil conflicts, only resolved by the death of the heroine.

3D animated version of the set model by Achim Bahr

Photographs of the production

The German libretto and the English subtitle text for the Making of Der Kobold can be found at www.naxos.com/libretti/225329.htm