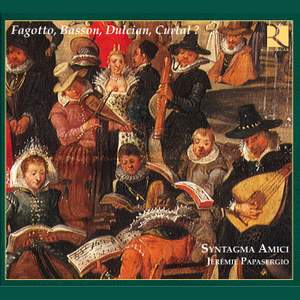 Of all the instruments that were developed during the Renaissance, the bassoon undoubtedly has the most curious history. Associated with music in the open air, it was also praised for the sweetness of its sound, as certain of its - such as dolce suono - show.

The musicians of Syntagma Amici here explore the use of the bassoon as a family of instruments in polyphonic repertoire of the 16th century as well as in early virtuoso pieces that were dedicated to it at the beginning of the 17th century.