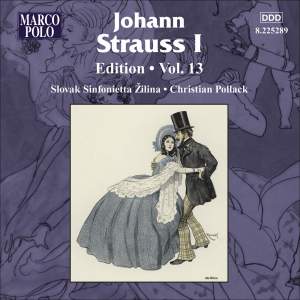 In a career that spanned a period from the 1820s until his death in 1849, the older Johann Strauss established an unrivalled position for himself among composers and performers of dance music in Vienna. His own achievements were continued by his three sons, ensuring that the name of Strauss was inextricably identified with the musical pleasures of nineteenth century Vienna.