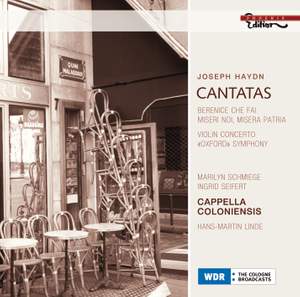 This new disc on Phoenix Edition is a compilation of one of the most famous symphonies by Joseph Haydn, the “Oxford Symphony” No. 92 and other less popular works.

By recording of one of Haydn’s late Symphonies, which is usually performed by large symphony orchestras, the audience is directly presented with the differences and benefits of historical performance practice. By recording less known works such as the two solo cantatas, the traditional assignment of the Cappella was fulfilled, which was to uncover neglected treasures of music history and bring them out into the open.