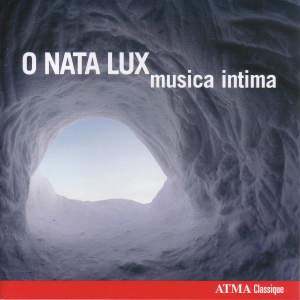 O Nata Lux is a unique program of lesser-known, mostly 20th-Century compositions and choral settings for Christmas. Founded in 1992, musica intima is made up of twelve professional singers, who rehearse and perform without a conductor. A major presence in the very-strong Vancouver choral scene, musica intima has recently expanded its touring to the United States and the rest of Canada.