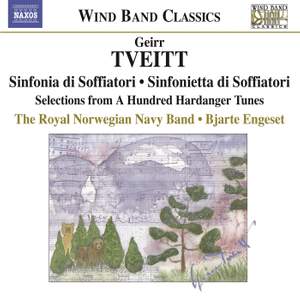 No. 29. Fjellmansjento up i lid (The mountaineer´s daughter on skis)

No. 52. Graot og laott aot ain baot (Tears and laughter for a boat)

No. 70. Garsvoren dansar (The brownie dancing)

This album celebrates the centenary of the birth of composer Geirr Tveitt, an important figure in Norwegian music, many of whose scores perished when his house burned to the ground in 1970.

A student of Nadia Boulanger, and influenced by Bartók, Debussy, Ravel and Stravinsky, Tveitt drew deeply from Norwegian folk music, particularly from the Hardanger district, which was also important for Grieg, to develop a refined and lyrical personal style that gained favour both internationally and in his homeland.