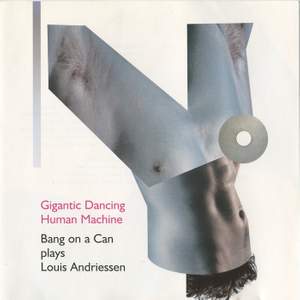 Bang On A Can, Icebreaker (Classical)

Dutch composer Louis Andriessen turned minimalism upside down in the 1970's with his radical musical responses to American experimentalists Reich, Riley and Glass. He challenged these composers' trance-like states with a European sense of edginess and angularity, and the results are exciting and overpoweringly aggressive. Earth-shattering and tribal in its elemental power, Andriessen described this piece as a "Gigantic Dancing Human Machine."