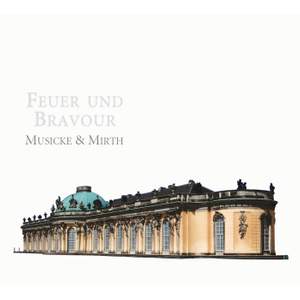 Viola da Gamba Music at the Court of Frederick the Great

Frederick the Great was a great musical benefactor. Almost every important late-18th-century viola da gamba virtuoso came to play at the Berlin court during his reign. The greatest virtuoso of the time, Ludwig Christian Hesse (1716-1772) was engaged at the court and his presence led to the creation of many works for viola da gamba at the Berlin court. Irene Klein and Jane Achtman play a wide and varied selection of music from the period making this another excellent release from Ramee.