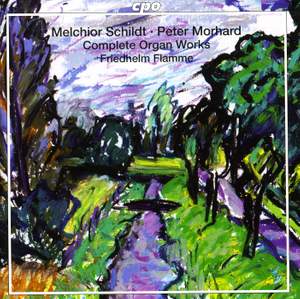 Vol. 5 of CPO’s exploration of Northern German baroque organ music is dedicated to two rather unknown masters: Melchior Schildt and Peter Morhard. During Schildt’s lifetime he was highly regarded as a famous organ virtuoso whose compelling expressive power and originality had an enduring impact.

Peter Morhard was organist at St. Michael's Church in Lüneburg from 1662 until his death in 1685. The compositions recorded on this disc are the only known organ works by Morhard that exist. They are recorded in super audio sound which accentuates the wonderful sound of the restored Gerhard-von-Holy-Organ.