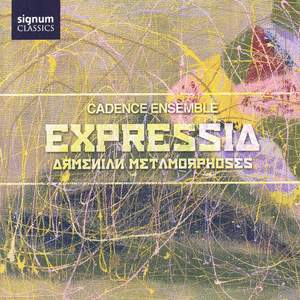 All arrangements by Armen Babakhanian

Khachaturian: Dance Of Girls In Pink

"A very classy collection of Armenian folk-derived music put over expertly with flair and controlled schmaltz, never quite over the top… the recording quality is of the highest and there are no lapses in the feeling of spontaneity." Musicalpointer.co.uk

The Cadence Ensemble was formed in February 2004 under the leadership of pianist Armen Babakhanian, initially to perform the works of Argentine composer Astor Piazzolla. It has become one of the leading and most popular music groups of Armenia, as it expands its musical vision to include masterpieces of classical and contemporary composers.