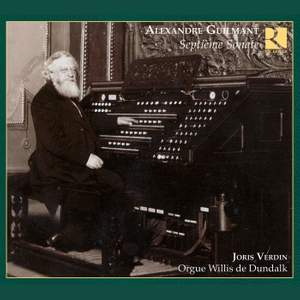 Alexandre Guilmant was a French organist active in the period when the orgue symphonique was popular. He was able to avoid the influence of César Franck, in particular, and his career involved just as much composing as playing, whilst recital tours took him frequently to Great Britain and to the United States. Joris Verdin here presents not only the monumental Seventh Sonata but also other colourful works by Guilmant.The Willis organ in Dundalk in Ireland has been preserved in its absolutely original state; it suits this repertoire particularly well and also reminds us of the important links that Guilmant had with Anglo-Saxon lands. This CD marks the first commercial recording made of this organ.