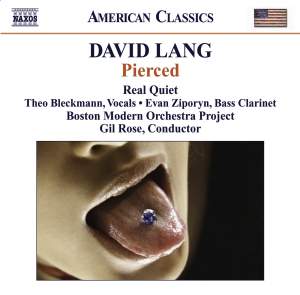 Lang, D: How to Pray

“One of the things I like about this disc is that all the pieces try to take classical music someplace it doesn’t usually go,” declares David Lang, the Pulitzer Prize-winning composer who founded the experimental classical music festival Bang on a Can.

“There is no name yet for this kind of music,” wrote The Los Angeles Times, but audiences everywhere hear and love it; from New York to San Francisco, BBC Proms to Brooklyn Academy of Music’s Next Wave Festival, Strasbourg Festival to Sydney 2000 Olympic Arts Festival.

Pierced is an unconventional concerto, jazzy and ominous, and is here presented in its world prèmiere recording. Heroin resets Lou Reed’s ‘dangerous’ song for voice and cello; Cheating, Lying, Stealing was a calling card for the Ban on a Can All- Stars; the trance-inducing Wed commemorates the memory of painter Kate Ericson.

“Mr. Rose and his team filled the music with rich, decisive ensemble colors and magnificent solos. These musicians were rapturous - superb instrumentalists at work and play.” The New York Times