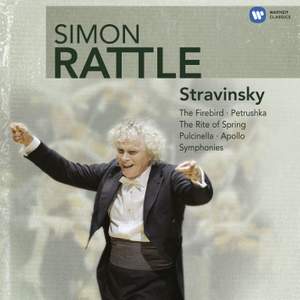 The Princesses' game with the golden apples

On the face of it one would have thought that there was little in common between Igor Stravinsky (1882-1971) and Benjamin Britten (1913-1976), two interesting facts prove otherwise.

Britten, born in Lowestoft in Suffolk on 22nd November (St. Cecilia’s Day), had already and studied with Frank Bridge by the time he went to Gresham’s School in Holt, Norfolk, in September 1928. The Master in charge of music on meeting him remarked “Oh, you’re the boy who likes Stravinsky!” Today that remark might be considered a compliment, at that time Stravinsky was reviled as THAT composer who had perpetrated the outrage called “The Rite of Spring” fifteen years earlier.

The funeral service for Stravinsky, who died on 6th April 1971 in New York, was held as he had requested in Venice nine days later and he was laid to rest near his friend and ballet impresario, Serge Diaghilev, on the Island of San Michele. Britten, too, had a great love for Venice as can be heard in his last opera based on Thomas Mann’s “Death in Venice”.

Both composers are also high on Sir Simon Rattle’s list of favourite composers. In 2003 he and his Berlin Philharmonic gave workshops and a performance of Stravinsky’s Rite of Spring to the city’s disadvantaged children and as a past Artistic Director of Britten’s beloved Aldeburgh Festival he has conducted many of his works including a number of those that had been found after the death of the composer.

The box of Stravinsky contains works from all parts of his musical life including six ballets; three major ones from his youth – The Firebird, showing the inspired palette for exotic colour learnt from his teacher, Rimsky-Korsakov, Petrushka (in its revised version of 1947) and The Rite of Spring; two in his Neo-Classical style – Apollo and Pulcinella and extracts from Agon which shows the influence of his studies of serial technique as expounded by Anton Webern. There are also a number of his works that were inspired by jazz.

The box of Britten contains besides the three great song cycles (Les Illuminations, Serenade for Tenor, Horn & Strings and Nocturne) the “War Requiem”, “Sinfonia da Requiem”, the ever popular “Young Person’s Guide to the Orchestra” and the most remarkable set of songs written in French when he was 15, “Quatre Chansons Françaises”.