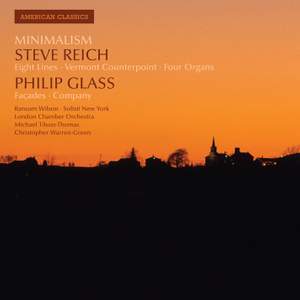 Minimalism was originally the word used to describe certain movements in the visual arts and design of the immediate post World War II period. Then, from the 60s, its use was extended to take in new developments in music, most notably in American concert music and specifically that of La Monte Young, Terry Riley, Steve Reich and Philip Glass. Musical minimalism relies on repetition, insistent rhythm and gradual transformation. Basically tonal in outlook minimalism can be seen as a reaction against European serialism.