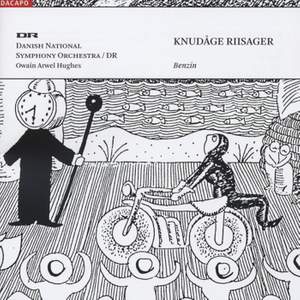 “Benzin is a joke,” said the Danish composer Knudåge Riisager (1897-1974) of the work he created for the Royal Danish Ballet in 1928 along with his friend, the popular cartoonist known as “Storm P.” A dubious joke, however, as the ballet was taken off the bill after just three performances. It is possible that the stage design was too unorthodox, or the plot too thin. Alternatively, perhaps Riisager’s music was quite simply too beautiful to be funny. With this world première recording of the music, at any rate, it is clear that Riisager’s unique talent for colourful, intelligent orchestration evokes the magic of 20th-century orchestral music at its very best.

Owain Arwel Hughes has made a number of excellent recordings….. mainly of rare Scandinavian works.