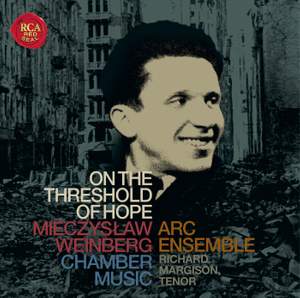 On the Threshold of Hope

Artists Of The Royal Conservatory

Polish-born composer Mieczyslaw Weinberg, a protégé of Shostakovich, is one of the great neglected masters of the 20th century, a major composer whose works are now finally beginning to be recorded and performed

• The works recorded on this Grammy-nominated album date from 1944-1945 when the composer, having escaped from the Nazis, saw a new beginning for himself in the Soviet Union. His entire family had been killed in the Holocaust—hence the title of the CD