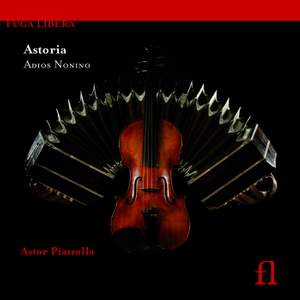 "When can we hope for the next one?" wondered La Salida, the Argentinian tango magazine, published in France, when it awarded its favourite of the month in October 2006 to the first Piazzolla CD of the Belgian group Astoria.This second album, with the added percussions of Santo Scinta, was recorded in August of last year, during a concert at the Conservatoire Royal de Bruxelles.The audience, a full house, did not regret attending