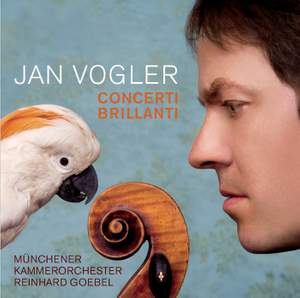 Hasse, J A: Concerto for Violoncello and Strings in D Major

For his latest album ‘Concerti Brillanti’ Jan Vogler has recorded four 18th century concertos for cello and orchestra, including three world premieres, as well as the virtuoso concerto by CPE Bach. Jan Vogler is accompanied by the Munich Chamber Orchestra under Reinhard Goebel, an eminent early music specialist. For over thirty years he has headed the Musica Antiqua Köln ensemble which he founded in 1973. In 1997 Goebel was awarded the State Prize of North Rhine-Westphalia for his services to familiar and unknown music of the 17th and 18th centuries.

Vogler's playing is technically assured and sturdily lyrical throughout all four works.