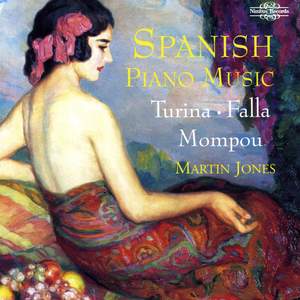 Martin Jones is one of Britain's most highly regarded pianists, first coming to attention in 1968 when he received the Dame Myra Hess Award. Martin's first set of Spanish piano music (Granados and Albeniz) was described as a 'dazzling achievement' and the interpretations as 'lavish and immaculately shaded accounts'. This extensive survey of Spanish piano music is now concluded with five new discs devoted to Turina, Mompou and Falla.