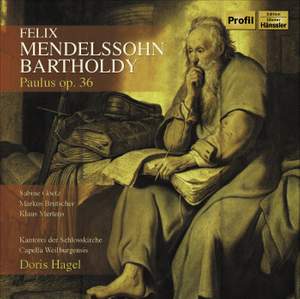 To celebrate Mendelssohn’s bicentenary Profil are releasing Paulus op.36. Both Paulus and Elijah are two oratorios that Mendelssohn is mostly remembered for. Paulus is regarded as central to the revival of the German oratorio tradition in the early 19th century, ending a period of stagnation that had resulted in the genre becoming archaic and eclectic.

In Paulus Mendelssohn created a work that underlined the great compositional traditions of Bach and Handel whilst embracing the most recent developments of his day in terms of compositional technique.