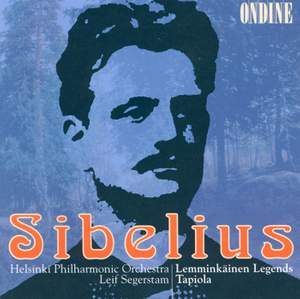 The four Legends first began to surface in Sibelius's mind in 1893, at the same time as he was working on his Kalevala opera, The Building ofthe Boat, the prelude to which became The swanof Tuonela.... — Gramophone Classical Music Guide, 2010 More…

I. Lemminkainen and the Maidens of Saari

III. The Swan of Tuonela

The four Legends first began to surface in Sibelius's mind in 1893, at the same time as he was working on his Kalevala opera, The Building ofthe Boat, the prelude to which became The swanof Tuonela. It isn't the only thing from the opera that found its way into the Legends. The lovely A-minor idea for muted strings in the middle section of Lemminkäinen in Tuonela is also among the sketches, where Sibelius scribbled over it the words, 'the Maiden of Death'. In the opera she would have rowed Väinämöinen across the river to Tuonela. In the tone-poem she symbolises the very opposite, the loving mother whose ministrations return Lemminkäinen to life. In 1954 Sibelius reversed the order of the inner movements so that The swan preceded Lemminkäinen in Tuonela. Segerstam disregards the composer's wishes and places them in the old order; there's a case for this – you otherwise have two highly dramatic pieces (Lemminkäinenin Tuonela and Lemminkäinen'sHomeward Journey) placed alongside each other.
Segerstam gets very good results from the Helsinki orchestra, which responds with a keen enthusiasm that's inspiriting. The performance is free from excessive mannerisms, and his account of Tapiola is very impressive. He tellingly evokes the chilling terrors and awesome majesty of the Nordic forest.