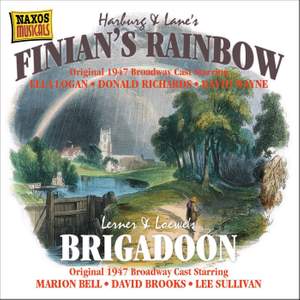 This Time Of The Year

How Are Things In Glocca Morra?

If This Isn’t Love

Look To The Rainbow

When The Idle Poor Become The Idle Rich

When I’m Not Near The Girl I Love

That Great Come And Get It Day

Overture - Once In The Highlands - Brigadoon

Waitin’ For My Dearie

The Heather On The Hill

Come To Me, Bend To Me

There But For You Go I

From This Day On - Brigadoon