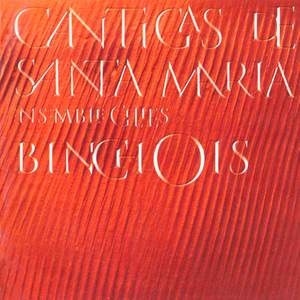 Alfonso X el Sabio, King of Castile and Leon from 1252 to 1284, was an ambitious man who enjoyed conquest. At the same time he was one of the most enlightened rulers of his time, practised poetry, music, astronomy and the law. Alfonso was also a troubadour. His major achievement was the Cantigas de Santa Maria, a work possibly influenced by Les Miracles de Nostre-Dame by the Frenchman Gautier de Coinci (1177-1236). The Cantigas, numbering 472 in all and relating miracles accomplished by the Virgin Mary, have survived in four manuscripts, precious documents, from the textual, iconographical and musical points of view. Alfonso was not the author of all the pieces in the collection, but they were written under his supervision during his lifetime.