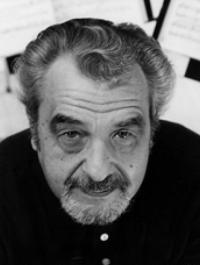 Walter Weller was born in Vienna in 1939 and studied at the city's Hochschule für Musik. Originally a violinist, he rose through the ranks of the Vienna Philharmonic's violin desks, becoming leader at the age of just 22. Not long after this he stepped into the mighty shoes of Karl Böhm as a stand-in conductor for a concert, and his career at the podium was launched.

Positions at Vienna and abroad followed - at the Volksoper and Staatsoper in Vienna, with the Royal Liverpool Philharmonic and with the Scottish National Orchestra (with whom he became very successful and, in the 1990s, achieved the distinction of featuring on a banknote - the Scottish £50 - during his own lifetime!)

He recorded several complete symphony cycles - a complete Prokofiev set for Decca, and Mendelssohn for Chandos, among others.

Find out more at https://en.wikipedia.org/wiki/Walter_Weller

David remembers the conductor and violinist Walter Weller, who has died aged 75.