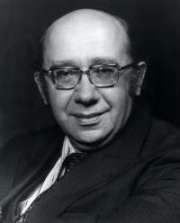 Gennadi Rozhdestvensky is the son of two famous musicians. He received his musical education at the Moscow Conservatoire, studying conducting with his father and piano with Lev Oborin. While still a student there, he made his debut at the age of twenty in Tchaikovsky's Sleeping Beauty at the Bolshoi Theatre. By the time he graduated he was already well known as a conductor both in the USSR and abroad.

He was presented with Russian awards by President Boris Yeltsin in 1996 and by President Putin in 2001. He has also received awards from the Swedish Academy and in 2003 he received the Legion d’Honneur.

The Russian conductor has died aged 87.